Menya Musashi 麺屋武蔵: Named after the legendary samurai, Miyamoto Musashi, who was famed for his distinctive “double sword style”, the award winning Menya Musashi has gained quite a cult following among ramen fans in Japan and abroad since making its debut in Tokyo in 1996.  With “Originality” as its motto, Menya Musashi strives to deliver unprecedented achievements by turning the preparation of ramen into a fine and revolutionary art-form.  Credited as the pioneer of a new ramen culture in Japan, Menya Musashi offers multiple concepts and tastes that can be adapted to suit the locality of the store but all with the same unique style that has become synonymous with the brand. A testament to its innovation, Menya Musashi now offers noodles in a variety of different textures and a selection of soup bases to satisfy customers’ ever-evolving tastes. Featuring a soup base that is creamier than others, Menya Musashi’s ramen comes in white, red and black versions. Its signature white tonkotsu broth is made by boiling a substantial amount of pork bones, giving the ramen broth a rich taste that is packed full of oomph! Customers can also choose other signature broths such as triple soup and Tokyo-Ueno style soup which includes chicken or fish as its soup ingredients. We have recently been to their Westgate branch to have a taste of their signature items

Black Aburi Chicken Ramen: This Ramen you can select 3 type of broth base, white, black and red. We tried the black base and the taste is thick and flavourful. The black broth is fusing burnt garlic with the white tonkatsu broth. The chicken is amazing and the noodle is definitely different from others. For those who prefer a bit spicy can opt for the red broth and for those who prefer the original taste could go for the white broth. Red broth is blending house spice with the white tonkatsu broth. The white broth is using pork bones and made with tradional recip by the founder

Next we had the Cha Shu Tsukemen with white broth. Tsukemen is a ramen dish in Japanese cuisine consisting of noodles which are eaten after being dipped in a separate bowl of soup or broth. The dish was invented in 1961 by Kazuo Yamagishi, a restaurateur in Tokyo, Japan, after which it has become a very popular dish in Tokyo and throughout Japan. Here you could also select one of the three broth available.

For guests who prefer rice, we recommend the Yakibuta Rice Set. Yakibuta ( Braised Pork) is a large piece of pork cooked in soy flavoured sauce over a couple of hours. This is the pork for ramen or rice! It takes time to cook but it is quite simple to make. The flavour penetrates into the meat and the meat is so tender and flavoursome.

There are also many side dishes you could order to go with your meal here, goyza, maki roll, white fish tempura etc. All freshly prepared when you place your order.

Store locator and online order menu are found on https://menyamusashi.com.sg/ 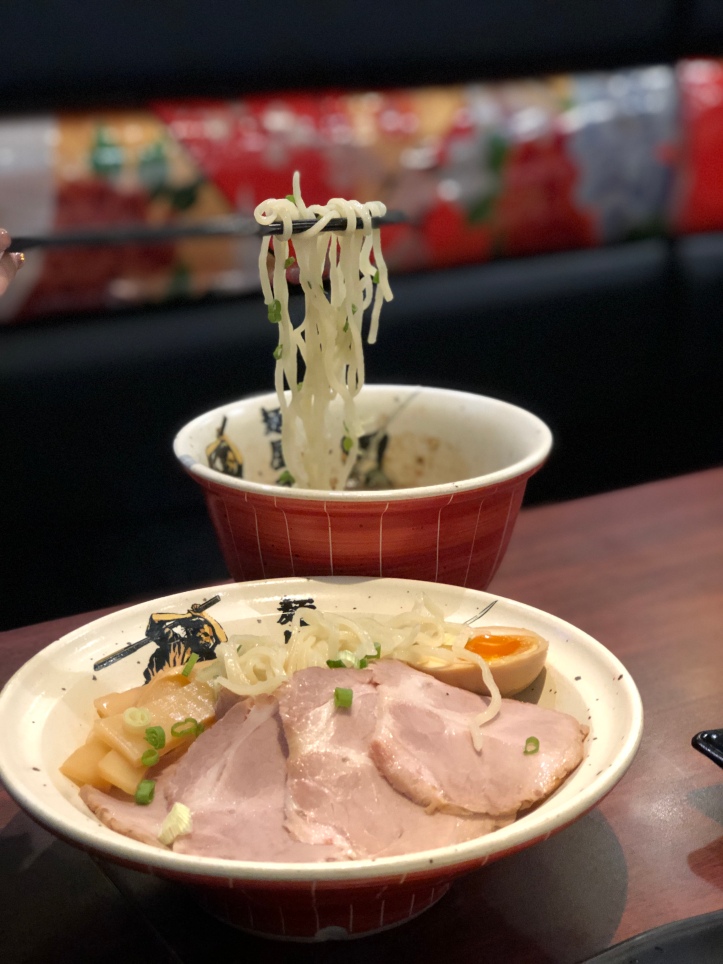 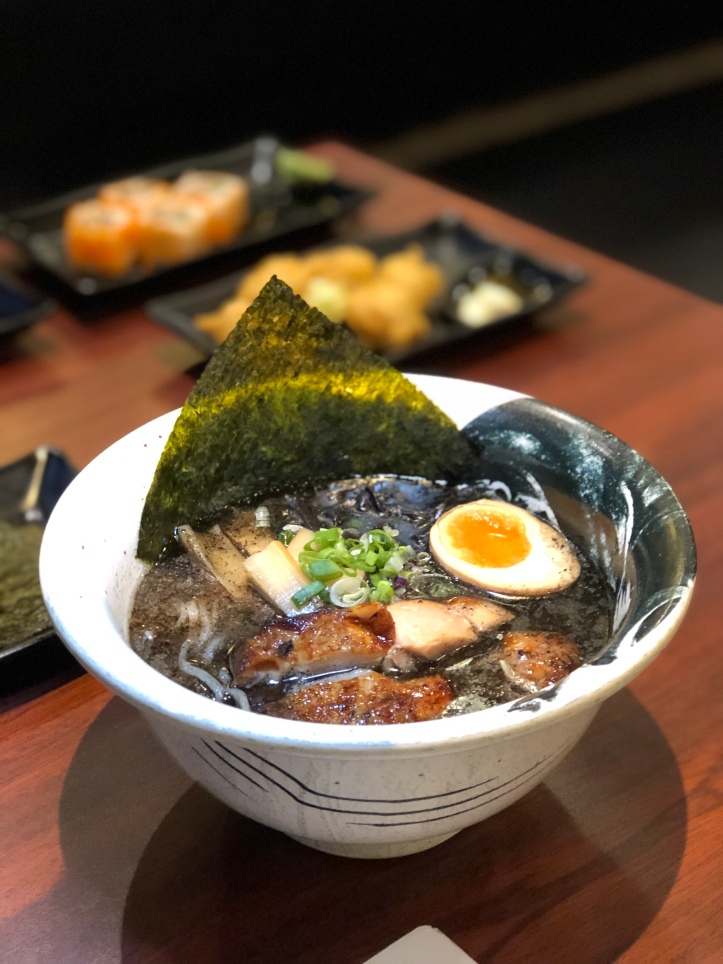 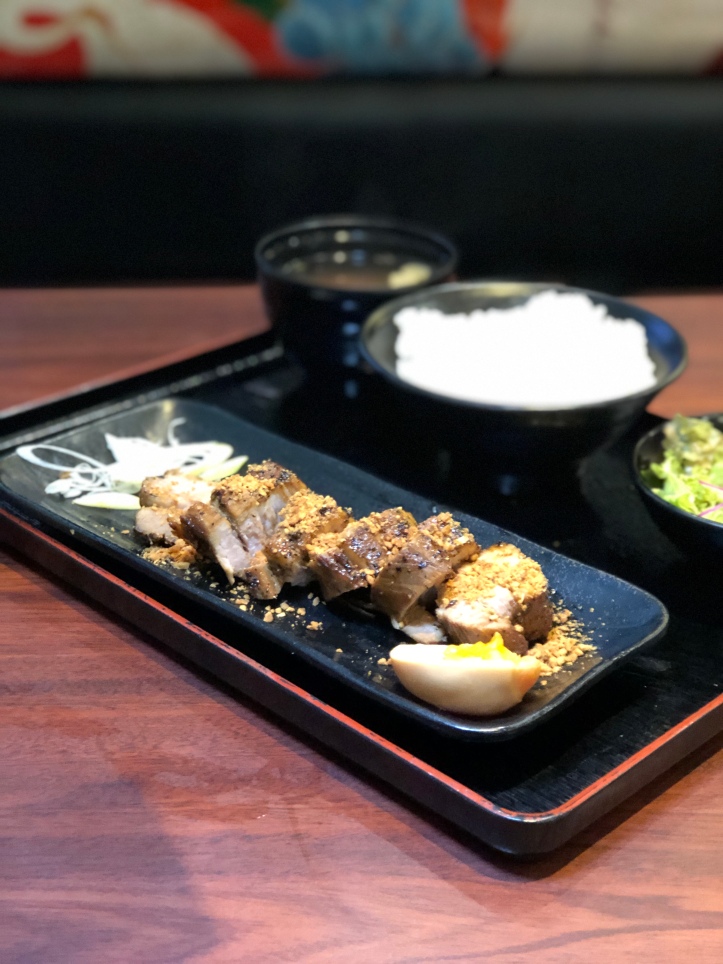